skip to main | skip to sidebar

I'm a designer currently living and working in Zurich, right in the middle of Europe. This blog is about my original toy work and hobby interests. I dedicate it to Japanese artist Kow Yokoyama, creator of the Maschinen Krieger universe, which has always been a teacher and source of inspiration to me, as he is for many contemporary concept artists and illustrators of the 21st century.

Thanks for looking! - Adi D'Agostino aka makadi3000

Thanks for the feedback guys! I'm indeed still speechless every time I look at it - even after so many years. Not only because of the size, but also because of his flawlessness and 100% proportional correctness to Kow's original design. Unfortunately I can't give proper credit to the sculptor or sculptors of this masterpiece, because all I know is that a company named Pro-A announced this kit about 10 years ago but never officially released it. Also, the pictures I saw on their site appeared to be of the same mock-up, but on a much simpler setup. As you can see this kit has a fully detailed interior and works as a fully functional split-suit. With all hinged armor and hatch, and the upper suit parts hold by magnets.

However, even if some details seem to be build from scratch, there are still evidence of casting seams and the main body halves are made by hollow resin-cast. So, I really can't say if it's one of a kind or if there are other copies out there. Still a 10/10 in terms of rareness I'd say.... any additional info is greatly appreciated! Now the pilot head is not officially part of the kit, but was the best I could find in 1:3 scale. Speaking of scale, without disenchanting his imposing appearance, its scale is actually closer to 1:3.5 (assuming an original suit height of 2.3 meters).

Sad thing is that I have to sell it as I need funds for other projects. I will post it in the next couple of weeks on eBay for $5000, maybe with a best offer option. Keep in mind, this means you get the opportunity to own this unique grail of Ma.K., absolutely flawless, with primed surface ready for display or paint. Dozens of hours of sanding and other prep work went into it to bring it to where it is today. Some might want to build their own suit for such penny... but other might be happy they can buy such art just for money. Remember, you will also help to support a good cause :)

Feel free to ask any questions - thank you for your comments and visits! -A. 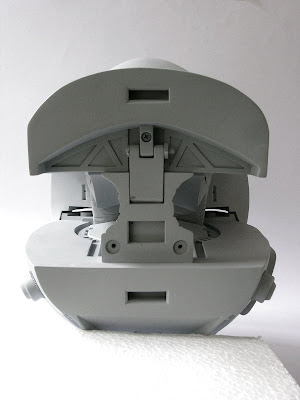 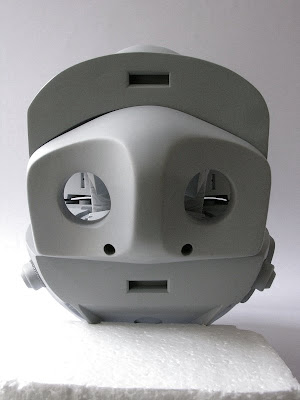 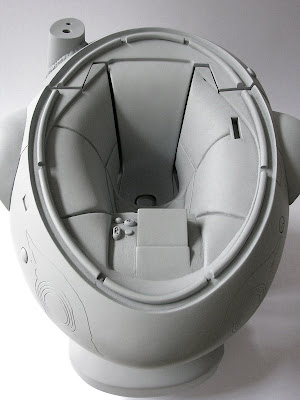 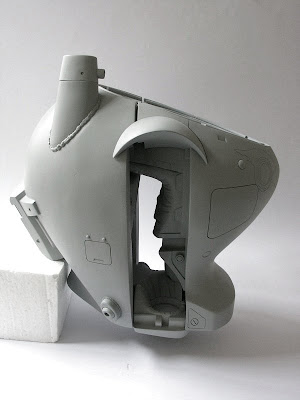 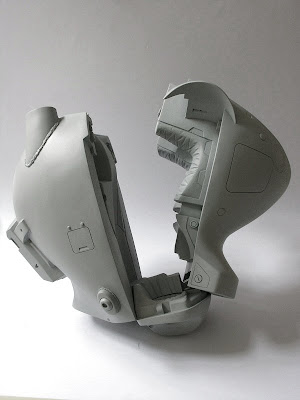 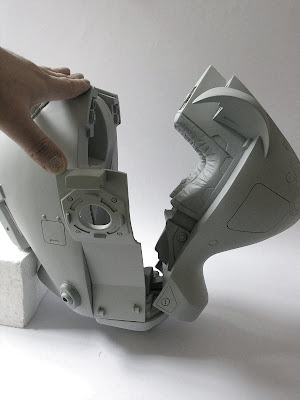 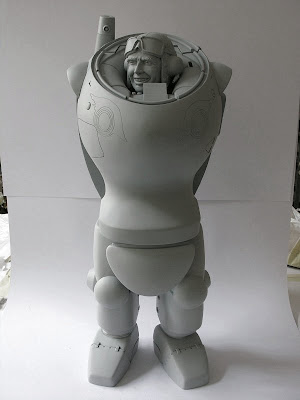 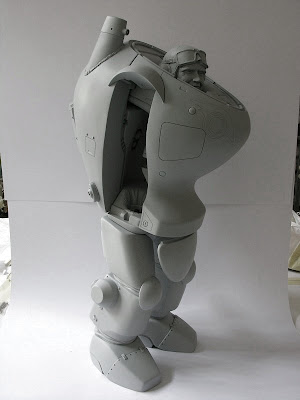 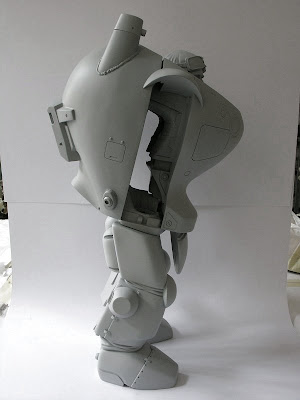 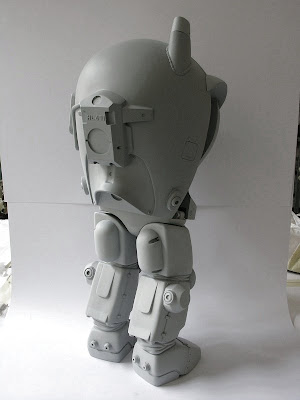 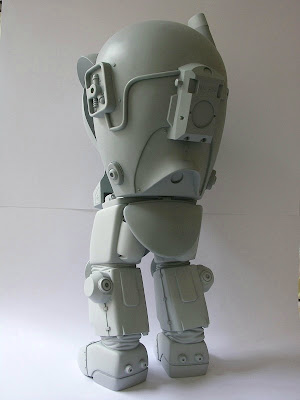 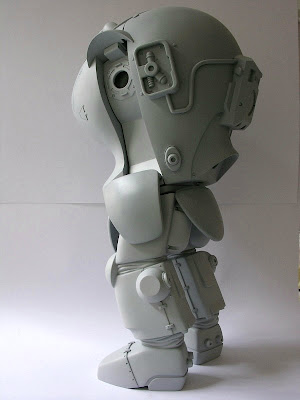 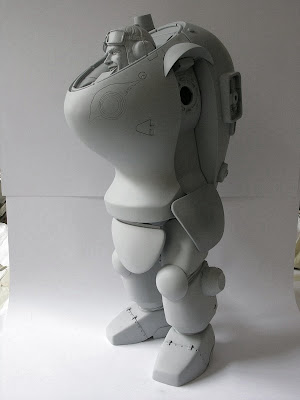 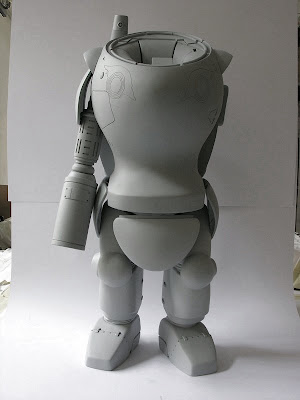 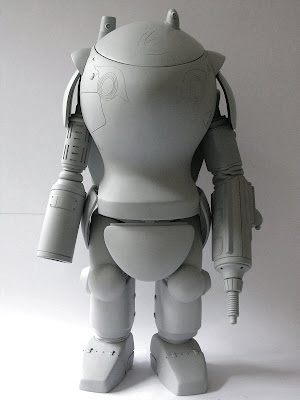 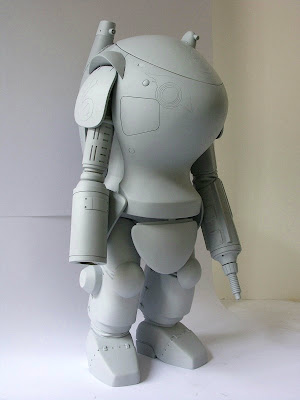 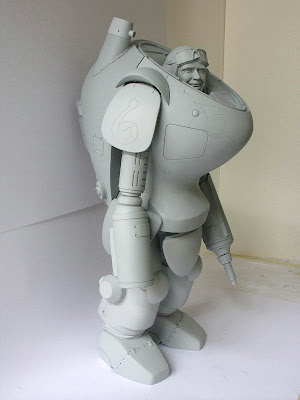 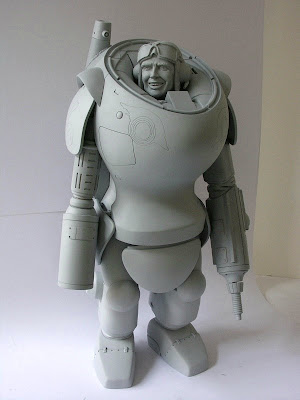 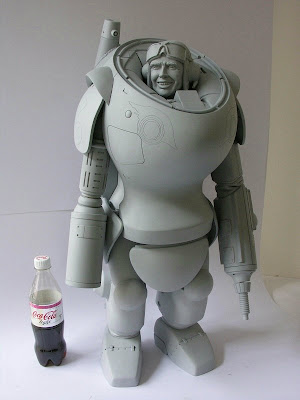 Hi,Makadi! How are you doing?
This SAFS is just crazyyy!
I can't believe it!!
just great! good job!! 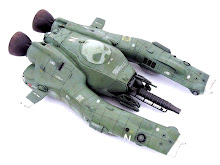 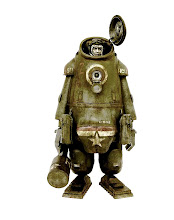 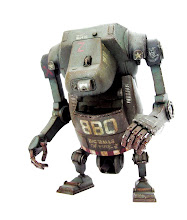 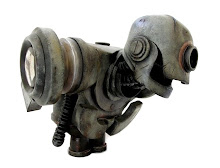 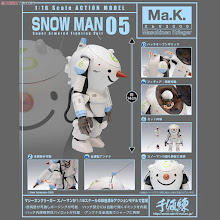 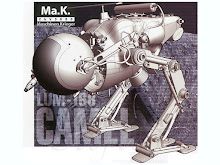 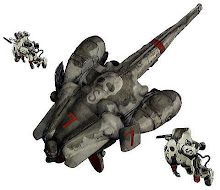 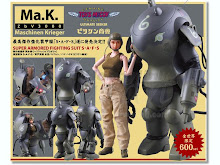